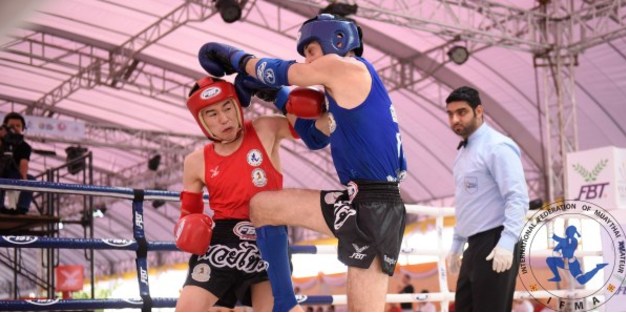 Day 5 saw IFMA medalists in every fight as the world’s best athletes moved to the quarterfinals and for some semifinals of the World Championships. The diplomatic missions started to show presence at the competition as their national athletes stepped in the ring to compete for their country.

Kazakhstan and Ukraine have been racing for the decision of their bout in the Arafura games and both athletes will compete in the semi-final which will determine the name of the athlete gaining a spot at the World Games 2021.

In 60 kg Aik Begian keeps shocking even his own team as no bout saw the third round. Aik moves to the final to see Sercan Koc from Turkey. Sercan in his turn is one of the sensations of the championships leaving behind IFMA’s biggest names. Konstantin Tryshin (UKR) did not find the keys to Sercan’s defense and Nhat Nguyen Tran Duy (VIE) fell to the speed of the young talent from Turkey. The final will truly have fireworks in the ring as both are bringing phenomenal muaythai techniques to the ring. 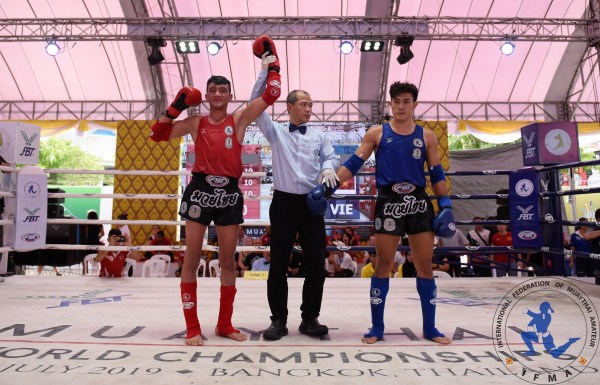 A rematch from the World Championships 2018 final in Mexico will take place between Dzmitry Varatz (BLR) and Norbert Speth (HUN). Norbert has made his name in IFMA making people hold their breath as he used all 8 weapons to the maximum efficiency against his opponents. For Varatz it will be a business as usual to go for his following title, but this time Norbert will go for a mission to change the balance of power in the 67 kg division.

The debutant of IFMA events Nayanesh Parikh Bumba (ESP) added sparks to the 75 kg division making heads turn as he outclassed Kiryl Marchanka (BLR). The semifinal against Jimmy Vienot was one the main intrigues of day 5 and the bout confirmed expectations. Both athletes showed an amazing performance with Jimmy winning two rounds of three and moving to the final against another freshman from Ukraine Volodymyr Baryshev.

Today female semifinals will be the main event of the day. It will be decided who will make the two world’s best athletes and see the finals of the championships.