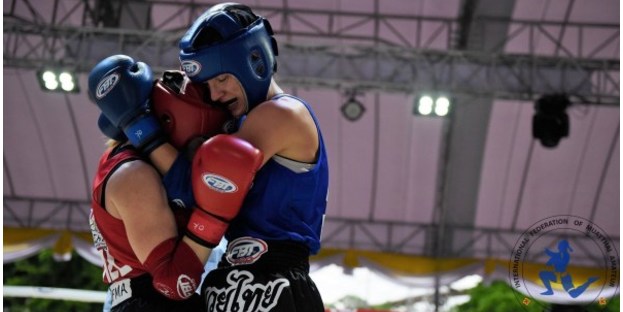 As the World Championships comes to the quarterfinals the muaythai village built around the competition venue becomes filled to the bursting point. The bouts of the day 4 made spectators hold their breath waiting for announcement of the winner as so many close bouts took place in the Elite and U23 divisions. Day 4 came with an electrifying atmosphere at the Sport Authority of Thailand and the semifinal bouts will make spectators fasten their seat belts to keep them on their seats as the four best athletes in the divisions will step to the ring to see which fighters will make it to the final.

IFMA is witnessing the rising of the muaythai star in 63.5 kg from Australia as Zoe Putorakexploded with power in a bout with the Ukrainian Anita Khodieiva who could not find an answer to the brilliant technique of Zoe. Being only 19 Zoe has silver medal of the World Championships 2018 and gold of her home Arafura Games. An impressive result from Zoe and a must watch semi final .

In 60 kg division Lucia Szabova from Slovakia proved the muaythai potential of their young federation as she made the Israeli team nervous with Nili Block having to use her utmost skills to win the bout which could go to any side. It was Nili’s experience and unhuman power which let her move forward in the tournament bracket. From the other side Ekaterina Vinnikova is making her way towards the finals. Any bouts of the semifnal is a must watch as the finest athletes will be showing the best of art of muaythai. 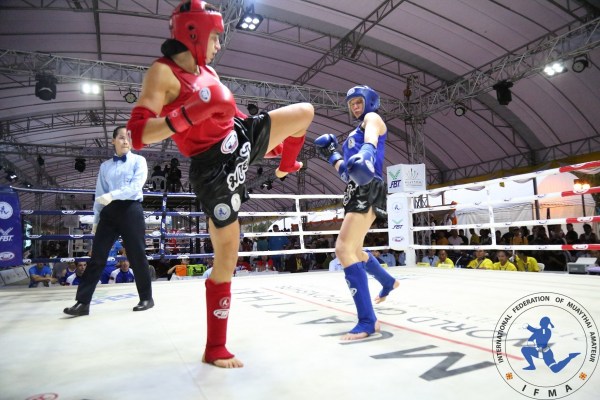 In 91 kg Oleh Pryimachov continues to have his excellent record as he won the Moroccan Othmane Fekaki. In the first round Oleh was surprised to have been on the ring canvas after effective sweeps of the Moroccan but later the Ukrainian heavyweight took control into his knees and finished the bout in his favour. Jakub Klauda took on the Belarus Fiodar Koltun and it was an amazing and tense bout but the Jakubs will of the rematch against Prymachov from the Arafura Games helped him win three rounds and move closer to the final. 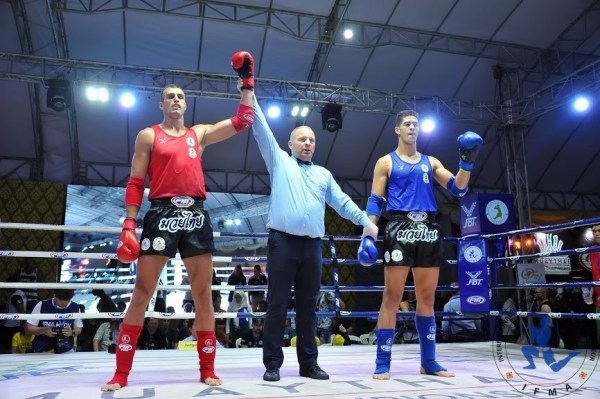 Today’s semifinal of 81 kg will see the word’s best as Russia, Belarus, Ukraine and Thailand will determine two representations of the final.

The sensation of the 60 kg is the loss of the Ukrainian Tank Konstantin Trishyn against the Turkish Serdar Koc. 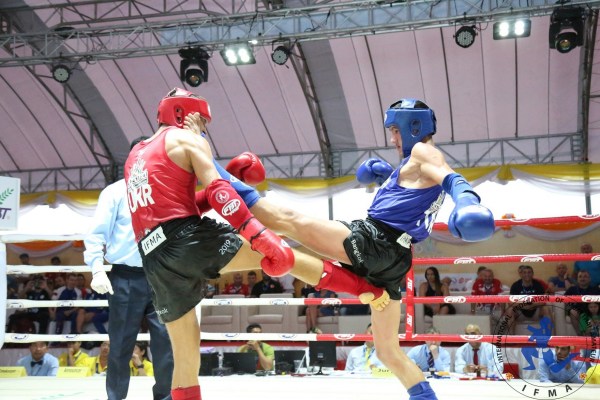 The best boxer of the World Championships 2018 Aik Begian (RUS) who has had an phenomenal youth career winning three Youth Championships in a row and World’s gold on his first appearance in Elite. This year Aik can continue his pace but it will be Belarus Daniil Yermolenka who will be on the way of the young Russian prodigy.

Each weight division will have memorable bouts and a true pleasure for spectators at the stadium and live streaming viewers. Today the world will know the first names of the best athletes making the final of the World Muaythai Championships 2019.